There were not any fatalities from enemy action today, but accidents continue to take their toll on the RFC. 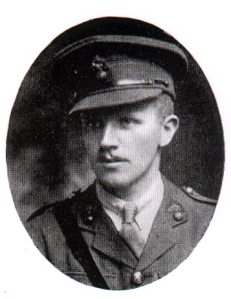 Lieutenant Edward Reeves Mackey and 2nd Lieutenant George Stevenson Raine from 56 Reserve Squadron were flying BE2e (7069) when they were involved in a mid-air collision with a Bristol Scout flown by Lieutenant William Janson Potts at around 800ft. The BE2e immediately nose-dived and crashed into the ground killing both Mackey and Raine. Potts managed to right his aircraft twice before eventually crashing into a tree. He was injured but survived. 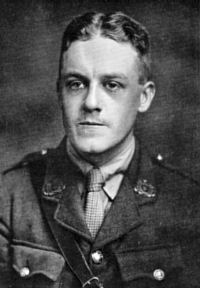 Lieutenant Oliver Campbell Bryson and Second Lieutenant Frederick Edmund Hillebrandt were flying at Wye Aerodrome when the machine sideslipped, crashed into the ground and burst into flames.

Bryson was able to disentangle himself from the burning wreckage, but at once went back into the flames and dragged Hillebrandt from the machine. Despite his own injuries, he tried to extinguish the fire on Lieutenant Hillebrandt’s clothing.

Despite Bryson’s efforts,  Hillebrandt succumbed to his injuries a few days later. Bryson was later awarded the Albert Medal for bravery.